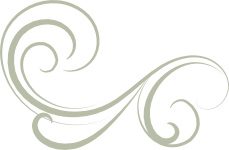 Georgetown, Del., April 5, 2011: The Town of Georgetown received official notification late on Monday, April 4, 2011, that the Public Employment Relations Board (PERB) Public Hearing, scheduled for Thursday, April 7, 2011, was canceled due to the charging parties withdrawing their Unfair Labor Practice charge against the Town of Georgetown.
Mayor Brian Pettyjohn welcomed the news and said "I'm glad this issue is resolved and I'm hopeful we can move forward with a renewed focus on the many positive aspects of Georgetown."
The Unfair Labor Practice charge was initiated in August of 2010 by Georgetown Police Officers Shawn Brittingham, Christopher Cooper, Brad Cordrey, Christopher Story, and former Police Officer Lester Schaffer. The officer's attorney, Mr. Bruce Rogers of Georgetown, sent correspondence to the Executive Director of PERB indicating that "the Petitioners [officers] wish to withdraw their Petition and will not proceed to hearing on April 7, 2011."
Police Chief William Topping was unavailable for comment; however, Town Manager Gene Dvornick emphasized that "employees are the most important asset of any organization" and "working together, most personnel-related issues can be resolved in a cooperative fashion without going through extended legal proceedings."